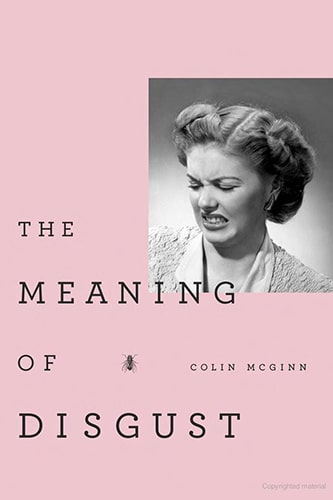 The Meaning of Disgust

Disgust has a strong claim to be a distinctively human emotion. But what is it to be disgusting? What unifies the class of disgusting things? Colin McGinn sets out to analyze the content of disgust, arguing that life and death are implicit in its meaning. Disgust is a kind of philosophical emotion, reflecting the human attitude to the biological world. Yet it is an emotion we strive to repress. It may have initially arisen as a method of curbing voracious human desire, which itself results from our powerful imagination. Because we feel disgust towards ourselves as a species, we are placed in a fraught emotional predicament: we admire ourselves for our achievements, but we also experience revulsion at our necessary organic nature. We are subject to an affective split. Death involves the disgusting, in the shape of the rotting corpse, and our complex attitudes towards death feed into our feelings of disgust. We are beings with a “disgust consciousness”, unlike animals and gods-and we cannot shake our self-ambivalence. Existentialism and psychoanalysis sought a general theory of human emotion; this book seeks to replace them with a theory in which our primary mode of feeling centers around disgust. The Meaning of Disgust is an original study of a fascinating but neglected subject, which attempts to tell the disturbing truth about the human condition.

“Although not the first philosophical book on disgust, this volume by McGinn is certainly one of the more approachable…As McGinn states, ‘He who thinks also shits.’ The fact that people’s souls are so dependent on their bodies naturally leads McGinn to the interesting intertwining of death and disgust.”

“McGinn’s book argues for a coherent, if incredible, account of the essence of disgustingness and of the emotion of disgust, and reflects on the potential significance of that account for different areas of human concern. It also bears many of the characteristics that readers of McGinn will have come to expect. The overall structure is tidy; the prose is flowery but lucid.”