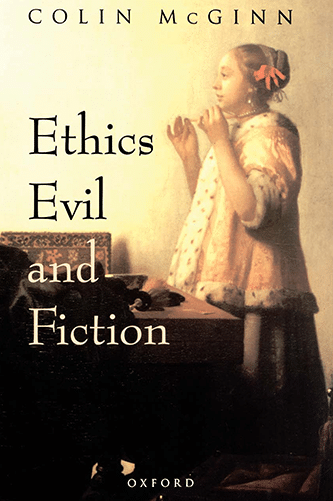 McGinn’s latest brings together moral philosophy and literary analysis in a way that illuminates both. Setting out to enrich the domain of moral reflection by showing the value of literary texts as sources of moral illumination, McGinn starts by setting out an uncompromisingly realist ethical theory, arguing that morality is an area of objective truth and genuine knowledge. He goes on to address such subjects as the nature of goodness, evil character, and the meaning of monstrosity in the context of an aesthetic theory of virtue, which maintains that goodness of character is the same thing as beauty of soul. Looking at such literary works as Billy Budd, Lolita, The Picture of Dorian Gray, and Frankenstein, as well as examples from film and painting, Ethics, Evil, and Fiction is an original and compelling book by a leading philosopher who is also a critic and novelist.

“an interesting but eccentric book … I have gone on at length about the aesthetic theory of virtue because, for me, it is one of the book’s most arresting claims. If this is the kind of provocative theses that you enjoy, then Ethics, Evil, and Fiction, despite (or maybe because of) its quirks, is worth reading.”

Minds and Bodies
Scroll to top