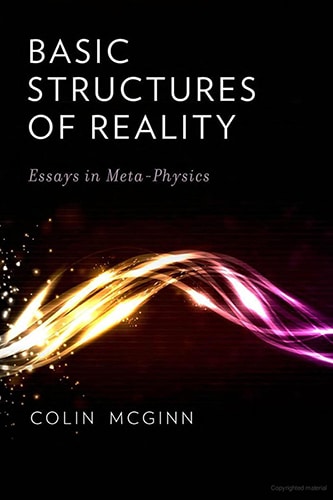 In Basic Structures of Reality, Colin McGinn deals with questions of metaphysics, epistemology, and philosophy of mind from the vantage point of physics. Combining general philosophy with physics, he covers such topics as the definition of matter, the nature of space, motion, gravity, electromagnetic fields, the character of physical knowledge, and consciousness and meaning. Throughout, McGinn maintains an historical perspective and seeks to determine how much we really know of the world described by physics. He defends a version of “structuralism”: the thesis that our knowledge is partial and merely abstract, leaving a large epistemological gap at the center of physics. McGinn then connects this element of mystery to parallel mysteries in relation to the mind. Consciousness emerges as just one more mystery of physics. A theory of matter and space is developed, according to which the impenetrability of matter is explained as the deletion of volumes of space. McGinn proposes a philosophy of science that distinguishes physics from both psychology and biology, explores the ontology of energy, and considers the relevance of physics to seemingly remote fields such as the theory of meaning. In the form of a series of aphorisms, the author presents a metaphysical system that takes laws of nature as fundamental. With its broad scope and deep study of the fundamental questions at the heart of philosophy of physics, this book is not intended primarily for specialists, but for the general philosophical reader interested in how physics and philosophy intersect.

“McGinn defends structuralism in this well-argued, engaging book at the intersection of epistemology, metaphysics, philosophy of mind, and physics.”

“Very metaphorical, but perhaps it is only by trying to state these metaphors clearly that we will eventually win our way to a more satisfactory view of laws than we have at present. So McGinn thinks, and this reader agrees.”

The Meaning of Disgust
Scroll to top